Short term options for a performance increase of the Fw 190 with 801 D through engine modifications based on the status of March 1944. 1.)Explanations for the chart: Altitude performance 801 D and F (page 2 and annex)2.)Performance gains and conditions of usage for engine performance increases for various operational cases for the Fw 190 A)as fighter bomber (page 3) B)as tactical support (page 4) C)as fighter (page 4)
I. boost increase
II. GM I (Basis for engine data: internal operating instruction BMW JB Nr. 3064)

1.)Explanations for the chart: "Altitude performance 801 D and F".  (chart see annex)    Blue line:Normal 801 D, climb and combat power Red dotted line:801 D take off and emergency power.
The possible hp-gains resulting from the boost increase from 1.42 ata to 1.58 ata in first charger gear and 1.65 ata in second charger gear are the red areas. Green dotted line:This line shows a power boost resulting from the methanol injection, which was planned previously but not realized by BMW for the 801 D. Yellow and brown line:Climb and combat, and takeoff  and emergency power for the 801 F engine.   A comparative assessment of the plots shows that the performance gain of the 801 D through the increased boost is the most remarkable, but that the 801 F engine still has to be required with the highest level of urgency.
This is even more so, since BMW intents a power increase similar to the one on the D-engine through increased boost and methanol injection for the F-engine (letter of BMW to Focke-Wulf dated 8.2.44).
2.)Performance gains and conditions of usage for engine performance increases for various operational cases for the Fw 190   Operational case A. Long range fighter bomber  Boost increase from 1.42 ata to 1.65 ata
Simultaneously C3-injection 65 l/min   (Usage of increased emergency power prohibited in second charger gear)   Usage:3 x 10 min per mission with 10 min cooldown at combat power.   Performance gain:(see shaded areas in plot below)   Availability:to be installed continuously by A.A.. Parts available.      B. Tactical support   Same as longe range fighter bomber!      C. Fighter I.Boost increase  Values not yet approved by Rechlin at the moment.  Boost increase from 1.42 to   1.58 in first charger gear
1.65 in second charger gear    No C3 injection!  Usage:   At all altitudes in level flight and climbs 10 min permitted. In climbs limit use if possible.  Performance gain:  a)Speed:  b)Climb performance:   The considerable total gain (shaded area) comes from 2 factors:   a)from 2400 to 2700 revolutions   b)at 2700 increased boost with 10 min usage (not for climbs from sea level to ceiling!)  Availability:   Venting tubes and blinds available from BMW from March onwards II.GM I  Usage about 20 min at altitudes above 8000 m at 80 gr/s.   a) Climb gain:   b) Speed gain:  Availability:   GM 1-installation possible from Fw 190 A-8 onwards. Factory supply starting April 1944, limited to Ago
Supply of GM 1 kits still open, negotiations RLM - Braunschweig 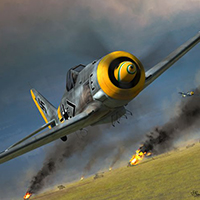 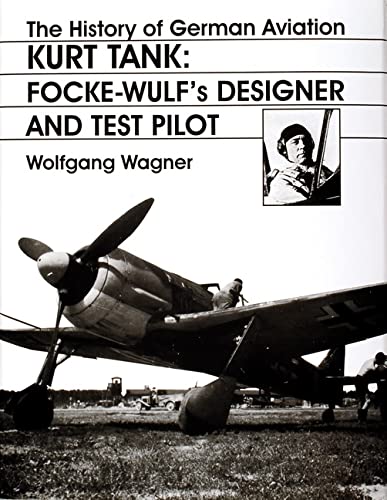 In the Fw 190A-8, two self-sealing main fuel tanks were carried in the lower fuselage in a special compartment beneath the cockpit, the forward one of 232 litres, the rearward one of 292 litres. A 300-litre external drop tank was very often carried on the Fw 190A-8 by the underfuselage ET 501 tores rack. In addition, an auxiliary fuel tank of 115 litres could be installed as necessary behind the cockpit in a space otherwise used for the fuel tank for GM-1 nitrous oxide or MW-50 methanol-water boost for the engine when fitted. C3 petrol, nominally of 96 octane, was recommended by the manufacturer to fuel the engine.